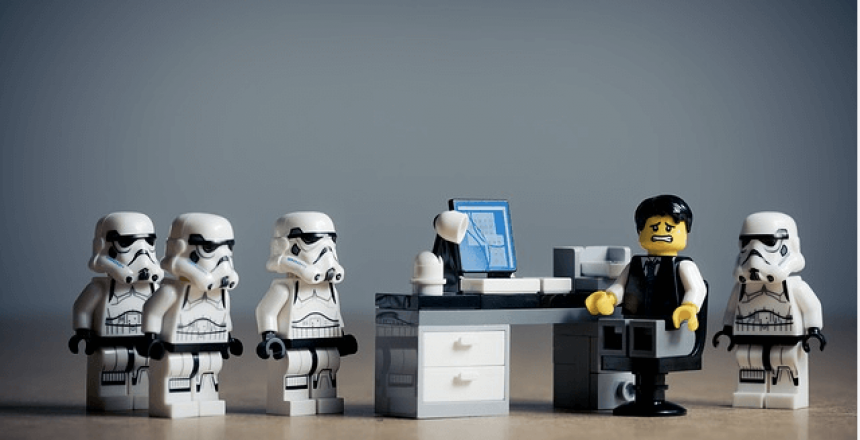 It is a period of economic disarray. Rebel startups, striking from hidden bases all over the world, are racing to invent the solutions that will fix the economy. Instead of stolen plans to the Death Star, our secret weapon of choice has emerged in the form of the blockchain, the technology that will bring balance to the Force.

This isn’t a myth or the plot of the greatest space opera of all time. It’s real life – and if you’re running a blockchain startup, it’s the reality you live in. It’s a dark and dangerous galaxy filled with cold, dead stars, Empire-generated fake news, and corrupt, evil overlords in capes who aren’t afraid to choke you. If you’re on our side, you’re one of the good guys! Your feisty blockchain startup is a little rebel X-Wing fighting against the Death Star and the Empire that has taken over the galaxy’s economy. Congratulations! Now how do you make your allegiances known and become a leader of the Rebellion? That’s where crypto PR comes in. Here are three ways a blockchain PR agency can help you become the Millennium Falcon of blockchain startups, do the Kessel Run in less than twelve parsecs, and blow the Empire into smithereens.

Sometimes, trying to get media attention for your brand is a little like trying to lift an X-Wing out of a Dagobah swamp. It’s impossibly heavy, you’re sweating like crazy, and you wish you lived on a planet that has cranes. Just when you’re about to give up, you feel a tremor in the Force as your vehicle is lifted out of the bog that’s not at all a slimy mudhole. That’s why you need a true Jedi Master, who understands the Force and knows how to use it to make amazing things happen. Your blockchain PR agency is your Jedi Master: it will yank the media’s attention and levitate them right up to your shiny new brand. Don’t worry, no journalists are harmed during this process – we don’t believe in Force-choking. We are the Jedi, not the Sith.

Your PR can save your brand from the trash compactor

As professionals involved in the world of technology and startups, we are all hyper-aware of a sad truth: many startups fail. Of course, we’re always on the side of the good guys, and we believe you and your brand deserve to be in the cockpit of the Millennium Falcon! Still, the galaxy is a cold, harsh place, and you need all the help you can get to make your blockchain startup shine like a star. Crypto PR helps your brand soar far away from the trash compactor’s terrifying grip.

Mos Eisley spaceport. You will never find a more wretched hive of scum and villainy. We must be cautious in making sure your brand doesn’t get in with the wrong sort. Blockchain PR can use Jedi mind tricks on everyone else in the Cantina so that you emerge victorious. Your PR agency is quick enough with a blaster to shoot first. You don’t even have to lose a hand.

Just like Star Wars changed our culture in 1977, blockchain is changing finance, changing banking, and changing the world as we know it. A good blockchain PR agency will know how blockchain can be used in different creative ways. As long as we keep fighting the good fight, the world (and the media) will see why blockchain is here to stay. Empire beware!