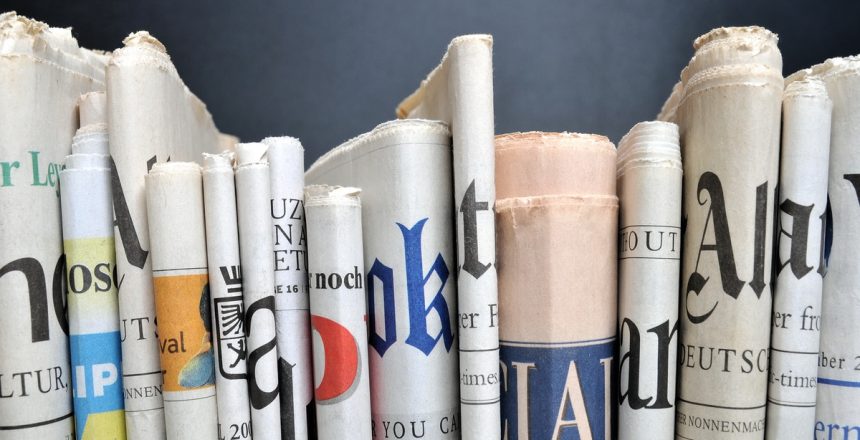 Journalism is one of those careers that if it isn’t your passion, it is nearly impossible to perform well in. Countless sleepless hours, uninteresting stories, strict deadlines, harsh feedback represents the tragically dark, yet very real side of journalism, only to be vindicated by that one powerful and important story that must be told. Journalism has the power to spread ideas that lead to revolutions. It has the power to influence political elections, elevate a business, and raise awareness of critical world issues such as natural disasters and the melting of the icebergs.

The internet, mixed with the urgent need to be “woke” (for the sake of our planet) has made it so that in the history of the world, there has never been so much news coverage or demand. According to Journalism.org, “about 30 million internet users go online for news each day.” The easy access provided to us by technology has made us greedy for more (more of everything), and journalism has been one of the main areas to suffer from this shift. Competition between major publications is no longer about writing style or “what newspaper you’re used to”, it’s about who published first, who can quickly state the facts, who has information that no one else has, who has visuals. This has severely affected the quality of journalistic writing and magazine content, and in turn, has created news fatigue. According to the Pew Research Center, almost 7 in 10 Americans feel worn out by the amount of news they are subject to. The rise of fake news and yellow journalism has turned people toward stories that are more authentic, inspiring, and that provide value. As PR professionals, this trend is incredibly important for us to take into account, because it may just be that taking a more “real” and human” approach to our work is the PR coin we need to stay in the game.

The history of journalism spans back to the 1400s, although it only really took off when the printing press was created in the 1600s. As the early use of journalism became a way to educate the public on local events and the positions of political parties, it brought into question the idea of “freedom of the press.” At this time, you could say that journalism looked more like advertising and that the PR coin of the time would have been real coins, or in other words power and status. The access to appear in a newspaper was limited, to say the least. Power, status, and prestige would have gotten you in a newspaper back in the day, and journalists had to be careful with what they said about these characters in the upper echelon.

It would be a while before journalists were finally protected under the law for expressing their opinions, but eventually, when they finally were, journalism began to have a real, influential role in civil and political matters.

Journalism went through radical changes in the 1800s as war correspondents began working for newspapers during the American Civil War. Suddenly, people didn’t only want to hear about local matters, they wanted to be informed about what was happening across the nation. Wire services were created, such as the Associated Press, in order to be able to move the news more conveniently and economically across many more regions.

Finally, the 21st century completely broke the journalism mold. As consumerism became more prominent, public relations agencies emerged and required the services of the press, creating a love/hate relationship that continues today. Journalism moved from being just a way to relay facts and updates, to be a central source of advertisement and marketing for the new and emerging business empires of the 1900s. PR coined various concepts and introduced topics that had not been typically seen in newspapers ever before, such as suggested products for weight loss or other wellness purposes, opinion pieces by nonwriters, different magazine sections such as entertainment, lifestyle, and technology.

Online journalism has become a monster of its own. In 40 years, over 460 newspapers have had to shut down in the US alone, while the ones remaining survived by launching their online magazines as well. Many media companies, especially the most distinguished, have had to establish paywalls to be able to cover the costs of their operations, including Financial Times, BusinessInsider, Condé Nast, and The Wall Street Journal. 3,000 people lost their jobs in journalism in the first 5 months of 2019. The Verizon Media Group, the media organization that owns HuffPost and Yahoo announced that it would be laying off about 800 of its employees. This has put journalists into a lot of stress that, if they don’t deliver stories quickly, and if they can’t help the sustainability of the journalism industry with stories strong enough to withhold paying readers, they too may lose their jobs. This has in some way strengthened the relationships of journalists and PR representatives and has given the opportunity for PR to coin new directions, themes, and concepts for journalism to be able to fall back on, as it once did.

In a report done by the National Council for the Training of Journalists, from 2000-2015 there were 10,000 more freelance journalists in the UK. This is an increase of 67% that just keeps climbing. Twitter, blogging, public forums such as Medium, has helped journalists build their portfolios and their relationships with the PR field. With PR professionals needing the media and the media needing PR professionals, opportunities and demands for more and more stories have increased. There isn’t enough money to keep staff, but still, publications are experiencing the pressure of needing to produce more news stories than the day before. This pace is already proving to be impossible to sustain, and not only that but the readers are getting tired of it as well.

Blogs are a whole new wave that took the journalism world by storm and has had companies who do PR for tech startups rushing to adjust. Bloggers didn’t need advice from experts in PR to coin themselves, they did it through social media. This eventually taught the biggest brands a very important lesson in PR: follow innovation, not tradition.

The reason bloggers became so popular is that readers began craving authenticity. Advertising has never been more aggressive, online news can sometimes feel bought, and definitely too overwhelming to even look through, so bloggers created that breath of fresh air; real, relatable people giving real, relatable advice. There are bloggers for every lifestyle need, taste, and interest. Readers didn’t have to go through hundreds of pages of tech stories to read about a travel-sized gadget that was never really tested by the writer, they could just find what their favorite blogger used and liked in their last trip.

This need for authenticity quickly reached the traditional journalism space and combined with the lack of time and resources that publications now had, the tone of journalistic writing became more casual. You didn’t even have to attend journalism school to become a journalist anymore. If you are a good enough writer, with good enough material, happy to take on the low pay and extra hours needed for the job, it is good enough for many publications to hire you, or at the very least, you can become a regular contributing writer.

PR companies are needing to react to this rather quickly. As the startup and SMB market grows,

reporters have never had so many pitch emails sent to them by PR representatives. Building relationships with the media is no longer the only essential factor to a successful PR company, but also being able to change the way pitch emails, press releases, press kits, and other content are written and composed. Pitch emails have become shorter and include more visuals, pitching methods now also involve speaking through social media, and press releases have to sometimes be written more like an article or a relatable news content in order to catch the attention of the media and save reporters some time as they build their articles.

The cryptocurrency craze that surged over two years ago brought about a whole new vertical of publications. It was an easy ride for PR agencies as first, but as the crypto and blockchain space became an oversaturated market, once more, it became difficult to secure coverage on the news. Finance, politics, yellow journalism, are all once more at the forefront of journalism noise and readers are tired of it.

We’ve experienced that the companies now gaining the most attention are those that have an interesting storyline, and that are moving forward with initiatives that are inspiring, ones whose products or services have the potential to truly change the world for the better. The enormous rise of blogs like Humans of New York and Nas Daily, or podcasts such as How I Built This, are examples of ideas that had incredible success by creating something that takes its audience away from the noise and into a world of inspiration and humanity.

PR companies will need to observe not only the writer but also the reader and provide the kinds of stories that the reader wants to come across. As newspapers, online magazines, and journalism struggle to stay alive, the media world is finally beginning to listen to its readers and create content that has greater readership value. In turn, PR agencies need to find the PR coin that will entice journalists looking for this kind of greater good, inspiring content.