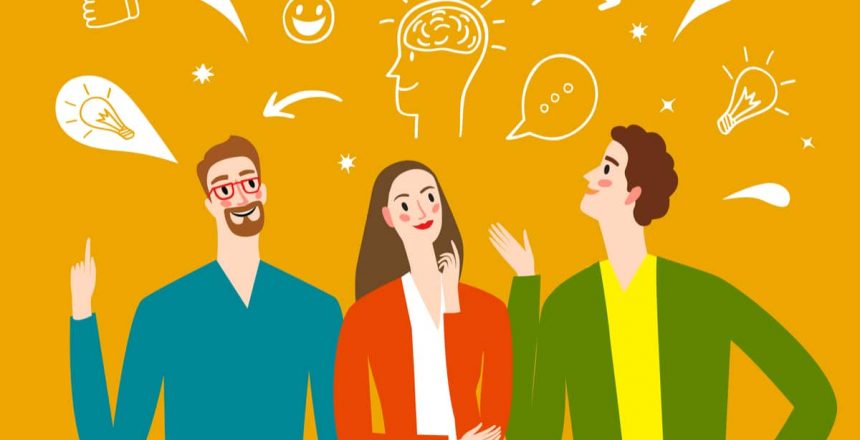 As we wait for STOs to finally kick off with full SEC compliance, we are still talking about ICOs, TGEs, and IEOs. Each acronym has had its own era, claim to fame, spotlight, however not without its downsides. Some say they are just different words to symbolize the same thing: the funding of dodgy crypto projects, but others really see it as the necessary steps to accelerate the blockchain and crypto space and give these initiatives the stage they deserve.

Mainstream publications and journalists were initially hesitant to enter this space. Not only was it a problem that they had little knowledge of the industry and its technology, but there were also so many “rotten eggs” that were tainting the crypto and blockchain space with misconceptions. This pushback initiated the rise of a new vertical in journalism: the “crypto” publications.

Eventually, however, with ICO funding projects reaching upwards of 100 million dollars, even the mainstream publications couldn’t look away, and magazines such as The Next Web and Forbes were reporting on the funding phenomenon that took over 2017. It wasn’t yet the birth of IEO PR as PR was focusing on educating the public about blockchain, promoting the top crypto projects and their developments, and creating the terms that would eventually become the next generation of ICOs.

The ICO craze lasted about a year, when companies were then either forced to shut down for financial reasons or involvement in illegal activities. This didn’t stop the actual concept of “ICOs”, it just destroyed the term, and thus began the use of TGE and others.

To get to the current status of IEOs, we will first do a recap of ICOs, TGEs, and STOs and the impact that they have had in the media and in the world of PR.

The rise of ICOs

ICOs, or initial coin offerings, are the cryptocurrency space’s rough attempt to simulate the traditional space’s IPO method, but actually served more as a crowdfunding service. Interested investors and project enthusiasts buy in to the company’s ICO offering and receive company tokens in return. Investors then hope that the token will perform well and provide them with a return on the investment. Since governments weren’t yet taking cryptocurrencies seriously, ICOs were a way for startups to bypass the rigorous capital-raising process required by banks and investor funds.

The surge of ICOs in 2017 created a lot of buzz, but also forced many changes in the cryptocurrency space. It suddenly invoked the attention of some of the biggest institutions and companies in the world, such as Facebook, Google, and LinkedIn who rewrote their advertising policies to exclude any mention of blockchain projects; as well as the People’s Bank of China which officially banned ICOs causing a plummet to the prices of Bitcoin and Ethereum. By January 2018, the perception of ICOs in the news was not a good one, and the term TGE, or token generation event, began taking the lead.

The era of TGEs

TGEs are essentially a synonym for ICOs. In order to be able to secure media coverage for a company’s funding campaign, and knowing that pitches with the word ICO were sometimes immediately set to be filtered into the writer’s email “spam” folder, PR companies began using TGE instead. TGEs were once distinguished from ICOs through the use of “tokens” rather than “coins”. While some companies use the terms tokens and coins interchangeably, Matt Hussey at Decrypt explains that others make the assertion that coins are, like Bitcoin, “used as a storage unit of value as it relates to a particular company”, while tokens “run on a smart contract system that allows them to be more programmable and functional than a coin”, and so they can take the form of commodities, loyalty points, or any other digital asset.

While the term TGE had its moment of recognition, it wasn’t enough to get the mainstream publications back on board with a crypto based funding model. In the background, venture capitalists and other financial entities were working on making a model that could achieve regulatory standards recognized by the SEC and other global governmental institutions, the STO model.

STO stands for security token offering during which, similarly to ICOs, investors are given cryptocurrencies to represent their investment. However, with STOs the offering is of security tokens which represent an actual investment asset such as stock, bonds, or even real estate. The investment product is then recorded on a blockchain instead of on a physical document or digital certificate as it is done in traditional investment practices. The core process is essentially the same, but the recording of it is simplified with STOs. This model is seen as a hybrid approach between the cryptocurrency world and the traditional financial world of IPOs.

The position of governments toward STO regulation have differed around the world. Countries such as China, South Korea, Vietnam, Algeria, Morocco, Lebanon, India, and more have banned STOs, or any cryptocurrency trading, completely, while Singapore, Estonia and Malta allow for regulated STOs. In the United States, arguably the most important market for many companies, and to whom other countries look toward in order to assert a position on these digital assets, is making it incredibly difficult to move forward.

The US Securities and Exchange Commission, the SEC, is the governing body for all discussions around securities regulation. Any security (which, in the US, cryptocurrencies have been qualified as only being a type of security) must be registered with the SEC. This can cost thousands of dollars and for this reason the SEC has allowed for an “exemption” path. Exemption paths include being certified under RegD, RegA+, RegCF, or RegS. The two most common paths crypto companies seek to take are either RegD or RegA+.

RegD has made the most advances in the crypto space with the SEC. On top of many other prerequisites, an STO under RegD is only open to institutional and accredited investors, going well against everything that the decentralized and democratized vision that blockchain stands for. While a few companies have been able to get SEC approval to move forward with their STOs under RegD requirements, RegA+ has become difficult to achieve. RegA+ would allow for the public to invest in crypto securities in a model more closely resembling the traditional IPO. Companies such as Prometheum have been trying to file for RegA+ for a couple of years, and while they are very close, the struggle has been real.

IEOs as a great alternative

With many companies impatient to start their crypto trading projects, but well aware that ICOs have developed a bad reputation in the news, the initial exchange offering, or IEO was born, together with IEO public relations agency in order to get the word out. IEO offerings from the company’s side are conducted through an exchange rather than directly to investors. IEOs only allow members of that given exchange to purchase tokens, turning the space of crypto exchanges into competitive ground.

One of the first companies to list an IEO offering was Binance which, by listing BitTorrent that raised $7.2 million dollars in less than 15 minutes, proved the success of this new funding model. Binance Launchpad, its IEO offering platform, became an immediate success, not without some good IEO public relations agency . Since February 2019 and according to its website, Binance Launchpad has successfully completed 10 IEOs on its platform.

So, where do IEOs stand now?

Following the launch of Binance a few other exchanges launched their own IEO listing platforms, including Bitmax, with Bitmax Launchpad, Bittrex with Bittrex IEO, and OKEx with OKEx IEO. IEO public relations have had to boost the popularity of this funding model to accomodate all of the exchanges now jumping in on the trend.

With some people still skeptical of ICOs, the media has done a good job in detailing the differences between the two models and presenting the benefits of IEOs such as heightened trust, security, and brand visibility. Before listing any IEO, exchanges have to screen each project to ensure their legitimacy. If an investor is signed up to an exchange they trust, and that exchange is making the necessary steps to protect its reputation by only taking on good projects, unlike with ICOs, investors can feel safe in investing in such projects. Likewise, the security of the offerings are handled by the exchanges through its strict KYC/AML processes. Finally, IEOs provide great brand visibility for companies since it isn’t only in the interest of the projects listing to get their name out, but it’s also in the interest of the exchange. With two entities working on IEO PR, projects have a higher chance to succeed.

It has been a ride for the world of media and IEO public relations agency. In the past two years we’ve seen more changes to terms, concepts, and policies than most industries have seen in a decade. With some of the most common terms such as ICO and STO having found their place in the space, it is the turn of IEO public relations agency to do the same for this new concept. With the right projects and support from forward-thinking media agencies, it’s possible to give this funding model a chance while we wait for the US and other world powers to determine the legitimacy of the industry.