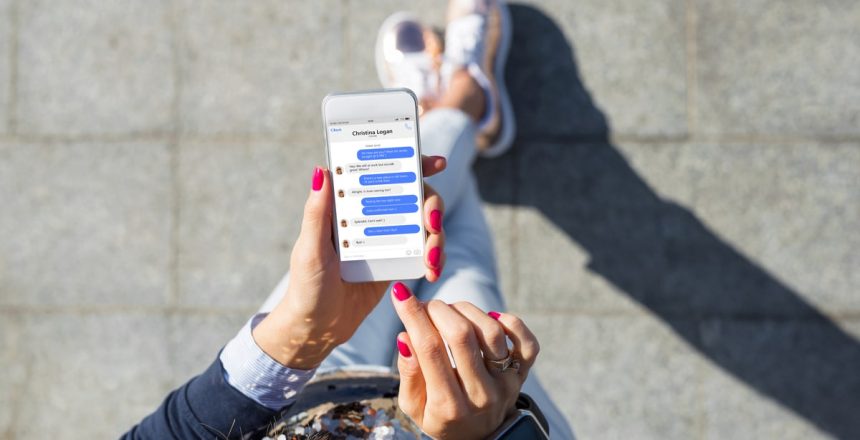 It’s safe to say that Facebook has had quite the whirlwind of a lifetime when it comes to its reputation. If you haven’t already seen The Social Network, the story of how Facebook got started, stop reading this and go watch it immediately. If you have seen the movie, then you know that Facebook didn’t have the cleanest start, you might even hate them a little, for a little. Facebook has had more run-ins with the media world than Taylor Swift has had with the Wests. In 2012, Facebook acquired Instagram and in 2014 it acquired Whatsapp, turning it into the largest social media company in the world. This inevitably drew a lot of interest from privacy skeptics, and by 2018 Facebook became objectively one of the most despised tech companies globally. Still on a roll, and entering into the unchartered territory that was crypto, by 2019, Facebook became the 5th largest tech company worldwide, and in desperate need of blockchain public relations.

While speculation was already in the air in 2015, it wasn’t until March 2018 that it was revealed through a whistleblower that a UK-based political consulting firm was using Facebook to perform some debatably illegal “stalking” of Facebook users for political gain. Cambridge Analytica, which used data to determine the best communication strategies for electoral processes, was actually collecting, without any consent, the personal data of millions of Facebook profiles and using it to steer and target political advertisements. The scandal caused a plummet in Facebook’s stock price and created strong support for tighter regulation of tech companies and their access to personal data. It forced Mark Zuckerberg, Facebook Founder and CEO, to testify in front of the United States Congress and pay millions in retribution.

This major breach in user trust is a matter that still lingers in Congress. The matter presumably helped Donald Trump get elected and allowed for foreign interference in national affairs. Zuckerberg was quoted saying “It’s clear now that we didn’t do enough to prevent these tools from being used for harm…That goes for fake news, foreign interference in elections, and hate speech, as well as developers and data privacy.” Facebook eventually disclosed that Russians had in fact used the social network to try to influence American voters, and by February 2018, 13 Russians and three Russian companies were charged with interfering in the U.S. election fo 2016.

In 2017, Facebook was accused of supporting a controversial event in Myanmar. During a military operation that caused hundreds of thousands to flee, Facebook designated the fleeing minority group as a “dangerous organization” and ordered moderators to delete certain content.

By 2018, Facebook started to become less popular as other social media platforms, such as Instagram, Snapchat, and Musical.ly, were gaining all of the attention. It was also the year that Mark Zuckerberg was put on trial over Cambridge Analytica, while Sheryl Sandberg, the company’s COO, testified before a Senate Intelligence Committee regarding election interference. Facebook then revealed that its platform had been hacked and over 30 million users may have had their data exposed.

Still, Facebook the company (not the platform), had some good news that year with Instagram hitting one billion active users. Although in a surprising turn of events, Instagram’s original founders, Kevin Systrom and Mike Krieger, left the company, as did Facebook’s head of communications and WhatsApp founder.

The One With the Cryptocurrency

In January 2018, the news went all over that Facebook had banned all cryptocurrency ads, with a statement that said “We want people to continue to discover and learn about new products and services through Facebook ads without fear of scams or deception. That said, there are many companies who are advertising binary options, ICOs and cryptocurrencies that are not currently operating in good faith.” The irony was not lost on many that Facebook was condemning operations not done “in good faith”, and this received the appropriate backlash from those companies who were, in fact, pioneering incredible technologies within the crypto and blockchain space.

Facebook’s misgivings did not end in 2018. In 2019, Facebook was found to be behind an illegal iOS and Android app that was purposely tracking people’s device usage and internet habits.

In an ironic turn of events, Facebook not only loosened its strict crypto ad ban by the following year, but the company also announced its own cryptocurrency in June 2019. The “Facebook coin” known as Libra, became one of the most famous cryptocurrencies in the world within a matter of minutes.

During a US Senate hearing in September, Mark Zuckerberg was called on to explain his plans for the Libra, given that as an American organization, advertising to American investors, the Libra was still completely illegal and went against all regulatory standards. Zuckerberg reassured lawmakers that Libra would not be launched anywhere in the world without first obtaining approval from US regulators. The original founding council members, which included PayPal, eBay, Mastercard, Stripe, Visa, Bookings Holdings, and Mercado Pago, all left by October. These companies had given Libra the legitimacy the coin needed in order to be taken seriously after Facebook’s rough PR year in 2018.

By this time, Facebook not only needed to improve its reputation as a social media network, but the company now needed it’s on blockchain public relations agency.

Still, this provided a huge opportunity for many crypto companies to comment on the status of Libra and to witness the resurfacing of investor and SEC interest in honest cryptocurrency projects, making their own blockchain public relations efforts a tad simpler to achieve.

Libra faced skepticism in the media since day one, with magazines such as Fortune writing about the general sentiment that Facebook’s Libra isn’t anything but a public relations stunt gone wrong. Libra does not yet work the way it is meant to, and while Zuckerberg hopes to be able to launch in 2020, that seems highly unlikely given the current landscape and the SEC’s slow-paced approval rating of crypto-based projects.

Facebook could have taken advantage of this slower time, however, to power up its blockchain public relations. In a New York Times opinion piece, it was asked, “Can we trust Facebook to run a bank?” Fair to say that no one is very sure of it. Ironically enough, aside from the gigantic leap in mindset that it took to consider entering the crypto space, Libra was also the social network’s last hope to regain public trust and be a part of a changing dynamic in the tech space.

Libra offers Facebook an exciting opportunity to enter an era of trust, decentralization, and fewer privacy scandals. Just as we all go through a time where we need to grow up, Facebook needs to leverage its potential and incredible technology power to enter a more mature era.

Cryptocurrencies have captured the attention of some of the most brilliant and advanced minds in both the technology and financial space. Companies such as JP Morgan, IBM, Microsoft, and even Subway have embraced the blockchain and cryptocurrency industry, and have taken measures to ensure that they are not only supporting it but that they are also going by the technology’s original values of decentralization and privacy.

Needless to say, Facebook is the company known for pioneering one of the most important concepts of our time: social media. It is now famous for its powerful position in the advertising industry. Being a free platform, Facebook is mainly held together financially through its successful ad offers. Many companies have stopped hosting websites in exchange for a Facebook page, on which they can engage with their customers more directly and have easy access to advertising possibilities.

The technology public relations downfall that Facebook suffered over the past year and a half led the company to an understanding that a rebranding was necessary. In early November, Facebook announced that its name should now be written in all-caps (FACEBOOK). This new spelling of the company’s brand is meant to represent Facebook’s other platforms, Instagram and WhatsApp. A Business Insider article revealed that the change was an immediate turn off to the younger generation of Gen – Zers who feel that it’s too much of a hassle to spell and just is “not cool.” However, maybe that was Facebook’s intention, to appear more mature and put together after it’s immature stunt to announce a completely illegal company and initiative.

Facebook is hoping to leverage Instagram’s and WhatsApp’s more positive reputations to improve its own branding. The spelling “FACEBOOK” will now appear on all social media platforms that are powered by the social media giant.

The company’s next move, in my opinion, should involve showcasing the benefits of Libra and this new era Facebook is attempting to enter. With some blockchain public relations, it shouldn’t be difficult. Hate it or love it, we are all still attached to Facebook, especially if we have any interest in being a part of society. With all of its power, it is in all of our best interest that Facebook does better, and 2020 may be their year to prove it to us.