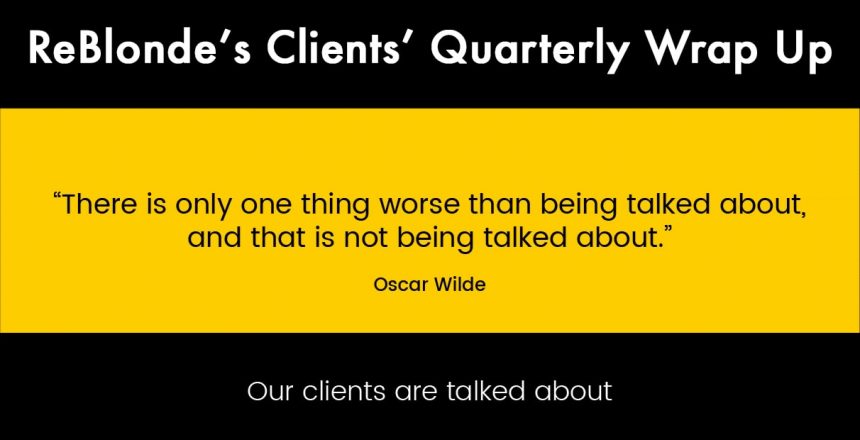 From World Mobile announcing its plan to connect the unconnected, to Sternum announcing a new cyber patent, Q2 was a great quarter for ReBlonde clients.

After securing a new patent from the U.S., Sternum started off Q2 strong with mentions in TechCrunch, Authority Magazine, and even Yahoo!Style. To look at the cyber companies’ news hits, click here:

World Mobile also had extensive coverage throughout the last quarter, especially in June. The blockchain company was mentioned in major business news publications. To check them out, look here:

From Cointelegraph to Coin Market Cap, Ovex had substantial coverage in Q2. To read more about South Africa’s biggest OTC desk, check out these articles:

Spotify made headlines consistently throughout the second quarter of 2021. With mentions in Haaretz, Walla, and Ynet—not to mention television appearances—Spotify had great coverage. To read more about the international music and podcast streaming platform look here:

GazeTV announced the launch of its video streaming service powered by the blockchain and made top tier headlines! Check out its mentions in Cointelegraph, Investing.com, and an OpEd in Nasdaq here:

DeepOptics saw a lot of top tier mentions, as it came out of stealth mode at the end of Q2. They had mentions in Yahoo, Ynet, Reuters and the Jerusalem Post to name a few. Check out the company’s new take on sunglasses here:

Winding Tree was found in business, tech, and financial publications worldwide. To learn more about the company’s new take on travel, check out these articles:

Featured not once, but five times on Cointelegraph, Banxa was all over top tier business publications. To learn more about the Australian, publicly traded company check out these mentions:

Texas Medical Technology had hits in all different publications from i24 France to Fox 26 Houston. The medical company had a great second quarter. To read more about the company, click here:

Spielworks also had valuable mentions in Q2 ranging from Hackernoon to CoinQuora. Check out more about the crypto company here:

Coverage in Hebrew and English during Q2 for Sunbit! From Globes, The Marker, and Geektime, Sunbit had a great second quarter. Check out the featured stories here:

HUP.LIFE saw features all over the crypto sphere and tech publications worldwide. Check out the latest stories from Q2 here:

Mako, Walla, Israel Hayom, and N12 are just some of the major Israeli publications that mentioned Storytel in the second quarter! Take a look at the features here:

Geektime loves Next47 with four mentions in the second quarter. Check out the latest from Next47:

Lanceria had some big wins in the second quarter of 2021 with a guest post on Nasdaq and mentions on top tier financial publications. Check out the coverage here:

Huge win for Humanz in the second quarter! The company was featured in GQ! Check out the article here:

With a guest post in Forbes and an interview in TechRound UK, TrustToken had huge hits in Q2. To read the latest, click here:

Road2 had great coverage in the second quarter of 2021. Check out the features here:

Cybint was all over the cybersphere in Q2. Check out the coverage here:

Nostromo, with its new cooling technology, was on fire in quarter two. Check out the posts here:

WalkOut saw some great coverage in Q2. Check out the latest here:

Two podcast interviews and a guest post in Nasdaq helped round out Q2 for Filmio. Take a look at the coverage here:

Everest saw great financial coverage in Q2, including a guest post in Nasdaq. Check out the coverage here:

Realio was featured in The Paypers, Investing.com, and CoinQuore. Check out the articles here:

Invictus Capital also had two big hits on Crypto News. Check out the rest of the coverage here:

Couchbase saw hits in Times of Israel and Maariv in Q2. Check it out here:

Aniview had a guest post on Geektime and a feature in Startup.info. To read more, click here:

Airobotics had hits in Globes and The Marker. Read about the company here:

GlobalDots had some exciting hits in Ice and Israel Hayom in Q2. Check out the articles here:

ENvizion had a hit in Globes and Nasdaq. Check out both articles here:

GK8 had two big hits in the second quarter. Read the articles here:

VAIOT had a big hit with Cointelegraph in Q2. Check out the article here:

TestFRWD saw a hit in Austria. Check it out here: 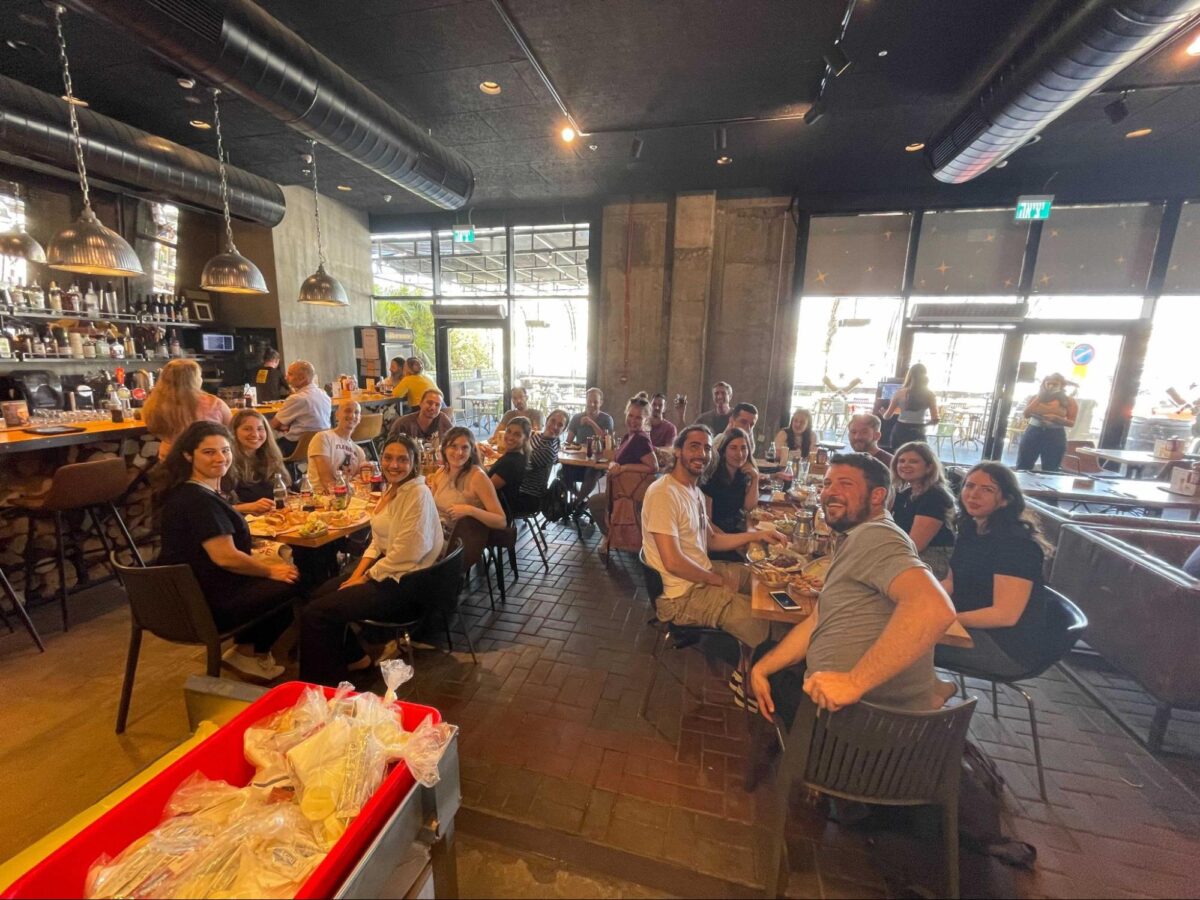 ReBlonde’s Yom Kef (Fun Day) in Petach Tikvah at Ruben’s. The team had a great day playing laser tag and bonding over burgers and schnitzel.