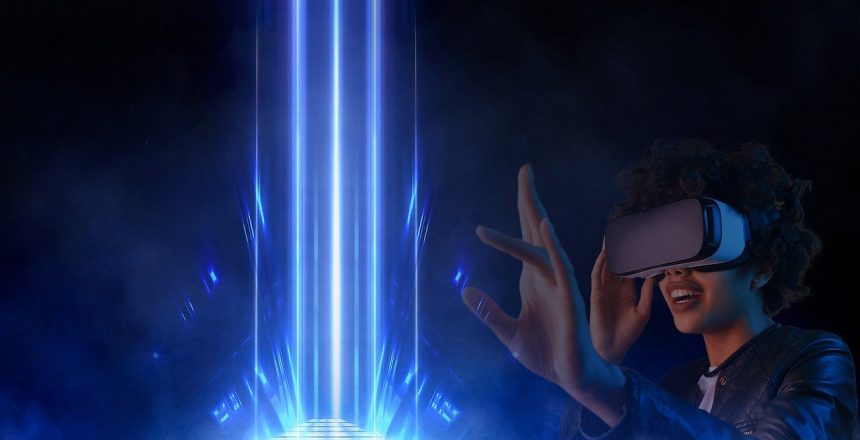 Just a few months ago, hearing the term “Metaverse” might have excited a few sci-fi fans, but as far as the general public goes, it was pretty obscure. But in late October last year, the interest for the word took off to the proverbial Moon, according to Google Trends. By changing its name to Meta, Facebook’s parent company set the tech scene abuzz, and next thing you know, you have a whole Metaverse of Metaverses. It’s hard to stand out when the scene is so packed, and that’s why every Metaverse now needs its own tech public relations agency.

But first, let’s take a look at what’s actually behind the term, as different teams seem to take different meanings from it. Meta’s own version appears to amount to a digital world that users can experience and interact with through VR/AR. This world would incorporate social platforms, digital office environments, video chats, games, and anything else you can do online, effectively working as a VR/AR version of the Internet. Meta is not alone in its push for this specific rendition of the Metaverse, as many other AV and VR projects look to enter the Meta-race.

On the other hand, there are also projects that speak of a Metaverse in a more general sense, meaning a diversity of the underlying content. Think of an NFT game that tells its story through a Webcomic book and also has a YouTube channel with a podcast and an animated cartoon. In this respect, this is more like a traditional franchise, like Marvel’s Avengers with their movies, series, action figures, and the rest of the merchandise.

One way or another, though, new Metaverses are popping up every day—and the fledgling ones can go under quickly without a savvy tech public relations agency.

Charting the Metaverse with a Tech Public Relations Agency

The main reason every aspiring Metaverse needs good PR is quite simple: There is too much buzz. From tech giants to startup founders, from publicists to politicians, everybody joins the hype machine, and its cogs are turning tirelessly. As a result, as hot as the topic might be, young developer teams often struggle to make their voices heard among all the ruckus. This, in turn, can leave their digital realms struggling to attract their dwellers, and a deserted Metaverse is hardly a good place to be. Nobody wants to become Siberia or the Sahara.

This is where a tech public relations agency steps in. It helps the team build up a cohesive narrative, focusing attention on the selling points that make their creation stand out from competitors. It gets the project on the media radar, helping it get exposure and traction, which, in its turn, is highly conducive for bringing in more investors and users. It enables the team to secure and build up its global footprint, talking to audiences from around the world and sending the right messages to the right audiences. Understanding the rules of the game, the agency empowers the team to navigate the media landscape with finesse and impact, showcasing its expertise and leadership.

Furthermore, good PR is an absolute must for supporting any marketing campaign. From a game launch announcement to a VR fashion show in the Metaverse, marketers need headlines and eyes on you. Without those, they might as well be firing blanks. A good tech public relations agency will help to make sure that the launch gets the coverage it deserves, and the event welcomes every journalist the team wants to be on good terms with.

A PR agency is a trusted partner working to pick the right angle for every story and deliver it to the right audience. Contact us today to learn more about how good PR helps creators of digital realms breathe more life into their worlds!